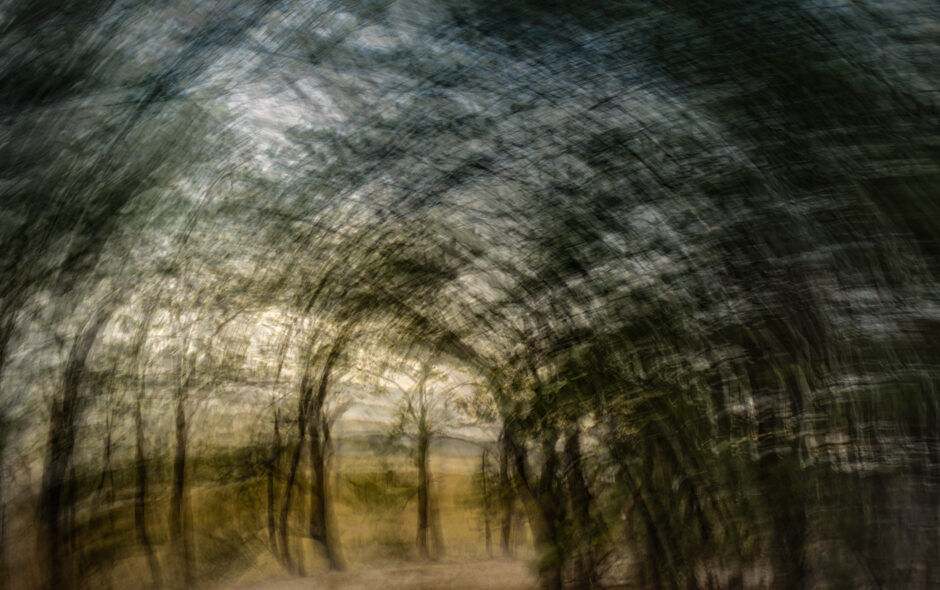 And after draining water pipes for winter
and latching shutters closed, after strapping
suitcases to the station wagon’s rack
and taking up a basement shovel

I’d dig a foot-deep, yard-wide earth-hole
downhill from our two-room mountain cabin,
then wait for my father and the grease-soaked
brown-paper bag of kitchen leavings

he’d carry down.  Ceremoniously
he would nod, release the uplifted bag,
and we’d watch it strike dirt and split apart,
spewing out meat gristle and banana peels,

chicken bones and eggshells. . . freckling the hole
black and brown with the percolated grounds
of Maxwell House coffee.  It was another
order of disorder, forgettable

but for the one summer I wondered aloud
what a person might unearth years later
digging down in this spot.  My practical
father laughed.  Turning away, expecting

no answer, he said, Why in the world would
you want to do that?  And he left me
to fill in the hole, to figure why
one chooses to dig, for what and for whose sake.

Though even as a boy I knew—as if
it were a commonplace or fate—that early
or late, those questioning few who in pity
or fury can’t help themselves, do.

Charles Douthat is a poet, retired litigator and visual artist whose book of poems, Blue for Oceans, won the PEN New England Award.  Individual poems have been featured in Poetry Daily, Verse Daily, Writers Almanac and The Threepenny Review.  He received an MFA from Warren Wilson College.  Learn more at charlesdouthat.com.