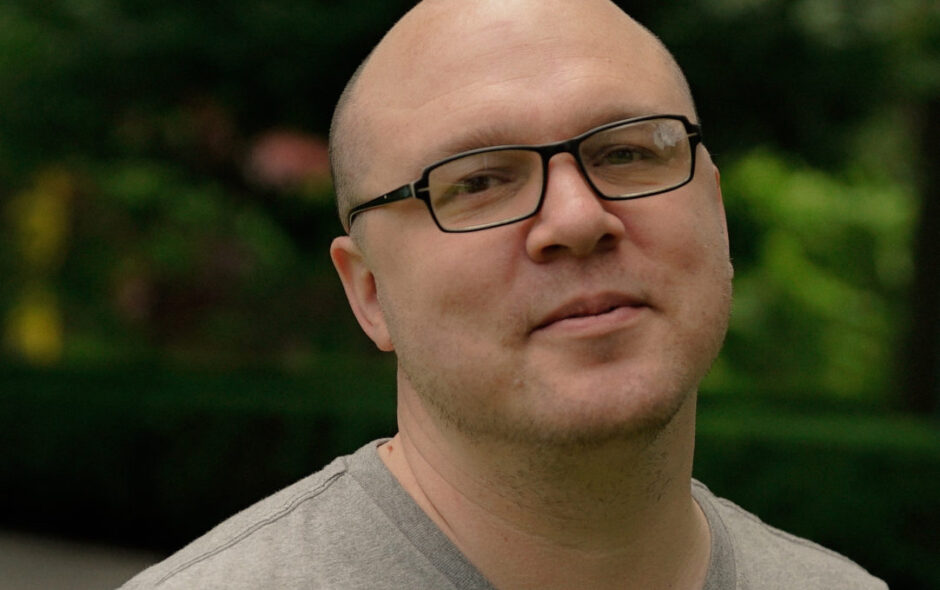 In a field of snow, it’s a legitimate option to see
the tracks made by the myth but never
the myth itself.  There’s nothing there.

No mysterious creature to ravage the livestock,
assign paw prints to the barn doors,
or claw marks to the black walnut trees.

The ghost that sings of lost love from across the lake?
That sound can be explained by barometric pressure,
the north wind, numbers on spreadsheets
that bear no resemblance to the voices of the drowned.

There’s no mandate that requires you to inquire
about the fate of [redacted] or the nature of [deleted].

The lights above the desert are just rips
in the veil through which, I’m sure,
a rational explanation will soon emerge.

Already, most of my neighbors have figured this out:
the secret to avoiding cosmic abductions
and mind control and weeping statues.

To dream rationally. To die without wonder.
To see a falling star plummet from its far
outpost in the sky, and be certain

it’s no seraphim struck from heaven, no
messenger from some newfangled
corner of the galaxy. To know for sure, that body—

torched by the atmosphere and disintegrating
while throwing sparks all across
the sky for you—is only a stone.

Statement from the Council of the Greater Good

With regards to The Incident which elicited grave
consternation from our constituency,
We, the Council of the Greater Good,
after activating the appropriate task forces,
subcommittees, and advisory panels,
which in turn established the requisite review boards,
focus groups, and conformity commissions,
have assessed the testimonies submitted
by the aforementioned institutional entities,
from which we’ve determined that The Incident
responsible for initiating this inquisition
was singular in nature. As in we do not have
a plurality of occurrences. As in we do not have
an Incident that exists as one of many filaments
in a weblike ecosystem of comparable Incidents.
Instead, we have what we’d call an “anomaly,”
and we hereby declare the anomaly is Tim.
Tim did not prune the hedges lining his property.
Tim did not participate in the Super Saturday Bakeoff.
Tim sometimes strolls through the neighborhood,
faintly humming a tune none can recognize.
What the hell, Tim. That’s just weird, Tim.
Get it together, Tim. Did someone not hug you
when you were a child, Tim?  We are concerned.
We are wounded. And We the Council
of the Greater Good have evaluated the moral,
ethical, and ontological ramifications
of Tim and his Tim-ness, and conclude Tim
is an mortal threat to our communal prosperity.
The presence of Tim over there
undermines our presence over here.
We represent the entirety of society,
hence: “the Greater Good.”
Tim represents only Tim.
We are an aggregate of legions.
What’s Tim an aggregate of?
An aggregate of Tim? Is that a thing?
We are a paragon of holistic contemplation
and think about the preeminent matters of our time.
Tim thinks about whatever the hell Tim thinks about.
Did Thomas Hobbes suggest, in a natural state,
a human’s life would be “solitary, poor,
nasty, brutish and short,” thus necessitating
a social contract to protect individuals against
the larger assembly? No!
He said this social contract exists only,
and we quote, “to protect the whole
of society from some dork-nozzle
going rogue, asserting his individuality
by pissing in the waters of our groupthink.”
Would you board a boat with a Tim-shaped
hole in its hull? No, you wouldn’t.
Would you leap from a plane
using a parachute with a Tim-sized tear
through its fabric? Absolutely not!
Therefore, Tim must be tackled and subdued.
Must be flogged and ridiculed.
Must be Frankenstein-stitched back
into the fabric of society. With his life,
he must plug the leak, mend the material.
Otherwise: big problem for us all.
Otherwise: that fabric unravels, goes back
to being just loose threads. And Earth is again
like Earth was when we were simple,
when we were alone in the wild, afraid
of all things, and all things were endless.

This is how my boundless heart seizes
with patriotism. To the American
table, the entrepreneur brings innovation;
the consumer brings a willingness to sacrifice
oneself in the temple of temporary pleasures.

Combine originality with fearlessness and desire,
the chemical reaction is similar
to water and carbon dioxide merging with sunlight,

except instead of photosynthesis, you get a bald eagle
selling military-grade Viagra and raw sirloin.
Instead of oxygen and sugar and greenery, you get men
racing westward in search of gold or oil.

In the deep fryer of human nature,
our world is changed, made new.
Did we need this? Who can say?

Ambition ripens until my life, which seem so perfect yesterday,
now feels dislocated and quaint. Always, a better version of me

plots to replace the current version of me.
Like that boy with wings who fluttered too close to the sun.
Except my ambition is more like some guy on his garage
with a plastic cape and a bike helmet,
believing the sky

P. Scott Cunningham Is About to Read a Poem About “Faces of Death”

but first, he explains to the audience
what Faces of Death was: a “documentary”
with actual footage of actual people
making real and horrible exits from their lives
(executions, accidents, ripped asunder by alligators)
and if you were a child in the 80s (which I was)
you believed it was real (which I did)
even though it was mostly fake (which I
did not know or even suspect until this
very blown-fuse-of-a-lightbulb-over-my-head moment).
So, thank you, Scott.

By now, Scott is midway through his poem,
and I’m sure it’s a stunner, but I can’t concentrate,
suddenly preoccupied, wondering what other
Ponzi schemes I might have poured my childhood
faith into. How did I not recognize
the thing that terrified me, the thing that would
materialize after dark in a friend’s basement
with a whispered Don’t tell your parents,
was just a callow ruse?

What I believed was bleakness was nothing
but Hollywood packaging.  What I believed
to be worthy of dread was only TV static
and late-stage capitalism.  What I believed
was a warning was actually a warning
about something entirely different, a warning
about belief itself, about accepting the narrative
as it’s been presented. What I believed
was a poetry reading by my friend Scott
was me unpacking the baggage
I should have unpacked long ago, baggage
I didn’t even know I was carrying. For that,
I owe Scott a thank you—for the epiphany, at least—
but also, an apology, because I spaced out
when I should have been present,
in the middle of his poem, which he read
quite marvelously, last week,
at what I believe was the Stockbridge Library.

Matthew Olzmann is the author of Constellation Route as well as two previous collections of poetry: Mezzanines  and Contradictions in the Design. A recipient of fellowships from Kundiman, MacDowell, and the National Endowment for the Arts, Olzmann’s poems have appeared in the New York Times, Best American Poetry, the Pushcart Prizes, Kenyon Review, and elsewhere. He is a Senior Lecturer of Creative Writing at Dartmouth College and also teaches in the MFA Program for Writers at Warren Wilson College.