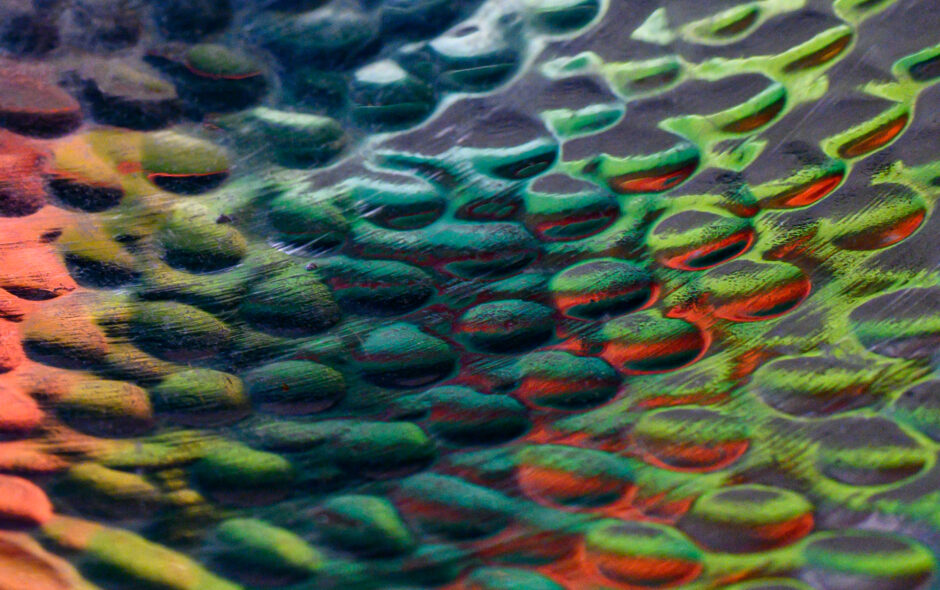 It’s 10pm and I know where my children are.
I’ve known where they are every single day of their entire
lives. At some point when they are in college
or even before, I won’t know where they are. I’ll imagine them
filling up a red plastic Solo cup from a keg and spilling a little
as they look over at the girl who is calling their name and I’ll know
that I’m definitely not their number one girl anymore. I wonder
if someday someone else will make them meals or will they
be the kind of men who make their wives dinner. Maybe they
won’t end up with wives. Or partners. Maybe they won’t even
end up as men. I wonder if they will change their names. Who they’ll
want to kiss, never mind if they’ll even go to college. My daydreams
are outdated, my identity last century. I look at those sleeping souls
and I have no idea I have no idea.

When someone asks me to describe Tanisha, do I tell them
the first time she echoed I love you back on the platform
at 53rd and Lex. Or how she was the Jamaican goddess Aida-Wedo,

frothing men up just by stepping onto the sidewalk. Or how I’d haul
my ass two hours from Brooklyn to the Bronx to show her,
when she wouldn’t answer and wouldn’t answer. Her math teacher

was not white, she was Jewish. Her son didn’t go to day care, it was LYFE.
Her SAT prep book, thick as a telephone directory, a Christmas present
I thought she should be grateful for. The way her skin was always moist

with coco butter, the smell forever lodged in her history. Her red vinyl belt
cinched so tight, I thought she might explode. Her outgoing
message played Jay-Z for so long I was annoyed

before I even spoke. It was a test. How much did you like her?
How long were you willing to hold on?

Marcia LeBeau’s poems have been published or are forthcoming in NOR, Painted Bride Quarterly, Rattle, SLANT, and elsewhere. Her work has also appeared in O: The Oprah Magazine and has been read on the radio. She has been a finalist for the Rattle Poetry Prize and nominated twice for a Pushcart Prize. Recently, her chapbook, The Book of Bob, was shortlisted for the 2019 Wallace Award. She holds an MFA in poetry from VCFA. Marcia is an artist-in-residence in the schools and plays viola in her local symphony. She recently launched The Write Space, a co-writing, workshop and event space for creative writers located in the Valley Arts District of Orange, NJ.